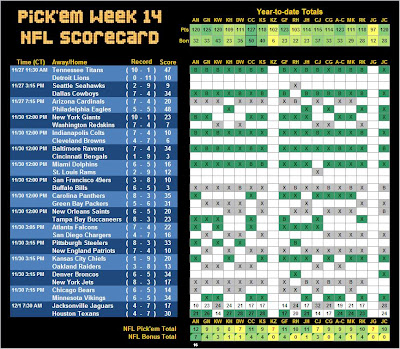 Oh and speaking of the Texans first MNF game, I met up with fellow Pick'em playas Kirby and Justin after they attended the game. We drank a few (more), Justin rode through a Whataburger drive-thru in the fastest golf cart I've ever seen, and we left the bar mere minutes before they probably would have thrown us out anyway. The night ended with Kirby simulating a teabagging of a dead pigeon. Good times.

Check out that sack! 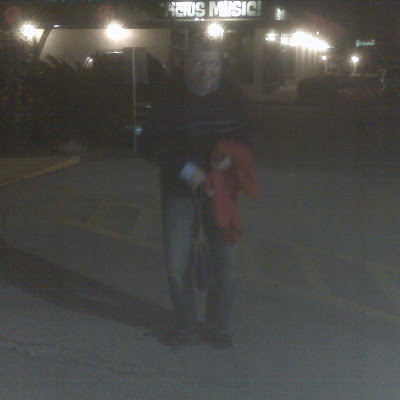 I don't know if it really comes out in the cell phone pic, but that was seriously the flattest pigeon I've ever seen. 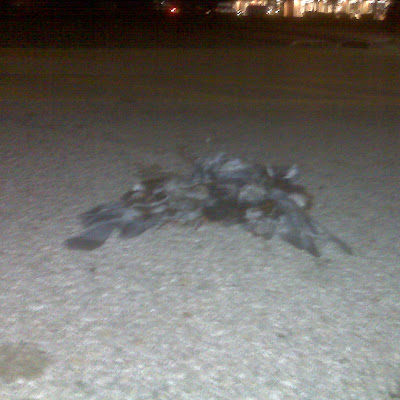