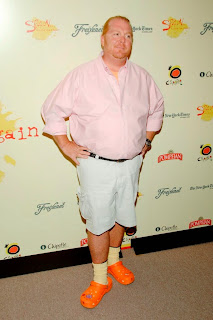 Mario Batali has it all, but if you had to pick, what would you rather be?

Red on the head, fire in the bed. 24%
Fat is where it's at, gingers have no souls. 60%
I'd rather try out some comedy, because that usually gets more points. 16%