Okay, kidding on the Texans part, but he said neither team, no points.

So I guess it's Dickey and MNorris (with Final Jeopardy! crafty type wagering)

SUPER BIG GAME PICK UPDATE #2:
If any of four other people with point totals higher than 311 would have wagered on the Pack, they would have won. BUT THEY DIDN'T!
Congrats Matt. Nice strategery. 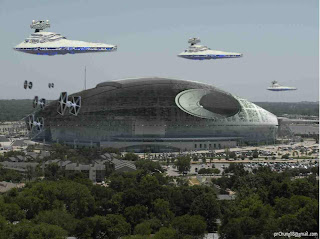 The road to the Death Star goes through........ Seattle. The first sub-.500 team to ever make the NFL playoffs. Nice one NFL. And here I thought the bowl system is stupid. I really like football though. I even like bad football. If it were up to me, screw adding two more regular season games... everyone makes the playoffs! But is it just me or is the NHL the smartest professional league or what? What? I know what you are thinking. Canadians don't even know what a "sweater" is, how could they have the best playoff system? You're right I suppose. I'm just playing. The BCS is awesome.

What was I talking about? Oh yes, the P-F10 NFL Playoff Contest. The scorecard is below. Be clickin' it to embiggen it. 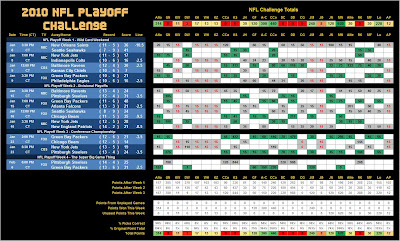