By SirRon - September 20, 2016
Protesting is easy. Protesting is kind of fun. Life is often too stable, and from what Jurassic Park taught me about Chaos Theory, protesting feels right because it probably is right. Therefore henceforth and until such time as we lose interest, we shall balance the P-F force and protest something NFL. What is your vote?


We should ban banning. It's offensive.
-Huntwick Hosers (+1)

I know the anthem was on your mind, but JJ Abrams has already fixed America.

Cleveland got a few votes. You think their owner cares what you think?

It's also way too easy to ban the Cowboys. They have been banning themselves from the relevance for a generation. 
You guys, I'm not going to ban Tampa Bay, Kubiak, Peter King, Mark Sanchez, or Colt v Denver (defense!). Plus Sanchez gets a lifetime pass for gifting us butt fumble.

Bevo XV AND Shake and Baker both have great team names, and bot think Thursday Night games are lousy and they should be banned because NO THEY DON'T IT'S FOOTBALL DUDES. -2!

But let's talk about those color rush unis. We could probably ban those, but the Browns' unis are the sh!t. Amirite? 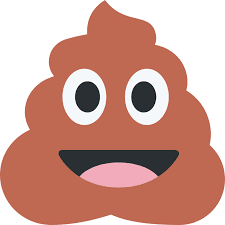 Speaking of the Browns' uniforms, holy sh!t I googled "athletes peeing on the field" and got 210,000 results. I guess we could ban that, but sometime you gotta go. For some reason, Lost Cause wants to ban shots to the head. I don't get it though, because that is where shots are supposed to go. +2

If you write a whole paragraph about dancing for your answer, then I just quote you.
(Siemian's Stallions +4)

We are getting close to the end, and I need to pick something to ban. Defensive Holding! Let's do it. Defensive holding sucks and -- wait never mind 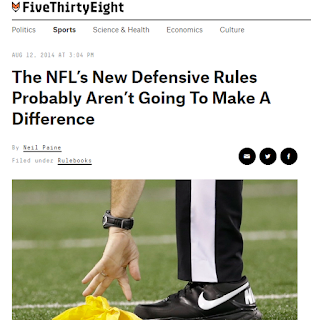 I'm biased, but I think we should ban whatever TV rule it is that keeps 2 FOX and 2 CBS games from being on TV every weekend. Alternating double header weekends and home team rules are stupid. +1000 me.

But seriously, if The Velvet Neutral Ground was in charge, he would ban Chris Berman, children, and light beer. He's more dangerous for America then Trump IMHO. -666

The 3 piece, potato and a veggie goes to Creekside Body Count, who came up with the absolute best way to honor the ban.


Rather than a ban, the Patriots should be listed as the Cheating Chowder Heads on the card

We are totally doing that. +5