By SirRon - November 22, 2018
Commish: It is an ask me anything again! But hopefully something you haven't already asked. Let’s press the triangle button.
Guru (ANe): What's your inspiration?
Commish: Two years ago someone asked what motivates me, and I answered "impressing someone with something they weren’t expecting." But this question feels different. *You all* are the inspiration. You bring feeling to my life. You're the inspiration. Want to have you near me.I want to have you hear me saaayinnng. "No one needs you more than I -- need -- yooouuu."


Katy Tigers (RH): Was the First Biennial Pickem Dash Football successful and/or enlightening?
Commish: Inspiring, stimulating, introspective, and all of the above. Read all about it here.


Must be the Salsa (CK): What are you wearing?
Commish: Summer clothes in the winter. If you mean under those, I'm a fan of MeUndies. 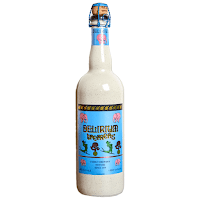 Something Creative (KS): What is your favorite beer?
Commish: I've tasted a lot of great beer, but my favorite has got to be Delirium Tremens. Amanda and I discovered this beer many years before we were craft enthusiasts, homebrewers, or brewery investors. Back when Food Network actually taught you how to cook, there was a follow-that-food-type show where someone said it was their favorite beer. We weren't that familiar with Belgian beers at the time, but even after hundreds of Belgian-style beers, Delirium Tremens is still the one I almost always have in the fridge. The origin of the name is great too.


Bevo XV (DW): Best tailgate food you've ever prepared?
Commish: This year: Smoked and grilled bologna sandwiches. Personal fav is steak tacos with esquites. The most elaborate may have been the grilled pizzas, where I made and grilled the dough, then everyone made their own pizza that I finished on the grill.
2QBs or not 2QBs (CT): When will Texas football be relevant again?
Commish: Texas football is relevant today. Also, if there is any time when you are pondering Texas' relevance, that literally means that they are relevant.


accidentchild (MN): How many national championships will Texas win in next 5 years?
Commish: Zero. Here's to hoping the next 5 years are more fun to watch than the previous 5 years were though.
Lost Cause (JH): Should Texas start playing Texas A&M again?
Commish: I'm not sure either school wants to play again. A&M has taken steps clearly in the other direction when a rekindling was possible. I actually have no idea if the aggies still sing about Texas in their fight song, if they horns down their opponents, or if the alt-bonfire is still a thing. What I do know is that Texas already plays their rival every year and they hold eternal scoreboard on the aggies,  so I don't really care if the game is ever played again.


Gigem (AP): Since when did you know that you're going to UT for college? Was it a childhood dream?
Commish: I grew up in Louisiana, and despite going to high school in Texas, I didn't really understand the Longhorn-Aggie thing until my sophomore year in college. I applied and was accepted into both Engineering schools. These are both great schools, but if given equal opportunity, I think people must really have to be into rural life or the military vibe to choose College Station over Austin, TX. That's just my story though.
BlitzKrieg (RK): Did I leave the oven on?
Commish: Likely not, but the trick is to take a picture before you leave.


Cockypantherfan (SZ): Blondes or brunettes?
Commish: Either can become either, so I'm more about what really matters in a woman. Ass.


Case's Clydesdales (MM): Which games do you like picking more college or pro. Which have you had more success at?
Commish: As a kid, I liked playing basketball a lot more, but I was better at soccer. Not really similar at all, I like picking college games better. I feel like I may like college picks better because the games are more unpredictable. I've had more historical success with NFL games, because despite parity, I think you can get more information in the media about the likely winner. NFL probably has fewer upsets too, based only on my gut feel (or at least when there is an upset, most of the league didn't pick it, so there is less ground lost).
17 National Championships (CG): If you flew jets for the Air Force, what would your call sign be?
Commish: Everyone knows you can't give yourself your own nickname, so apparently I'd be Lt Greg "Hipshot" Norris.
Huntwick Homies (KW): What are some good blue chip stocks to invest in these days for long term holdings?
Commish: Thought no one would ever ask. 1. Hornet Industries (football,pick,vegas), 2. Tepee Global (Aggies,Longhorns,Never), 3. Cool Rain Industries (Craft,Beer,Assman)
Cornholio's Bunghole (BO): Will Bob Mueller ever find any collusion in the Trump/Russia probe?
Commish: I think we all know that there was no collusion. Look at the pocket watch. No collusion.


I Look Good On Top (BF): What’s your annual salary?
Commish: Yo I can't publish that here. My wife reads this.
Northside Nukes (KH): What is the best video game of all-time?
Commish: Super Mario Bros? Galaga? Grand Theft Auto V? You can sleep with a then kill hookers in the latter.


A Northmen (ANo): Why the HELL do you keep putting Wisconsin on the damn card!?! Is it personal?
Commish: For a long time, Wisconsin on the card was like the Washington State flag at College Gameday: It was always there. In recent years, thanks to all the bugging by A Northmen, I've stopped putting them on every card. The joke here is that Wisconsin appears to be very inconsistent against the spread. I'm not sure why, or if this is even true, but that's the legend of Wisconsin and Pickem Dash Football.
Statistically Improbable (DR): You're named president of your alma mater, what's the first thing you change?
Commish: I feel like Texas is governed well. I have no complaints except maybe -- free wifi for alumni. My not being able to access the school's wifi is disenfranchisement or something.


Shake and Baker (JN): When will the NCAA lighten up and let the kids celebrate a TD without a personal foul?
Commish: Yeah but do Sooners even know any dances that don't involve horns down? If not, how about just having the self-discipline to dance your horns downs on the sidelines with your people. And if we allowed dancing, is that fair to Baylor? Once you let them dance in Waco, who knows what comes next.

Beelzebubbles (CC): Has anyone ever thanked you for doing this each year?
Commish: Yes, but I don't necessarily need them. I'd do this by myself, but each one of you makes it exponentially better. OK, the equation may decay upwards exponentially to a limiting value, but still.
Dirt Burglars (DT): Is the pickem dash football season really just the warm-up to the picked dash curling season?
Commish: You should see that google spreadsheet.
Commish: And that is it pickers. Remember to eat your veggies. Goodbye and good luck.