Commish: Alright alright alright! Welcome to the third biennial Pick’em Dash Football Ask Me Anything. You asked me anything, and now I’m answering. Wonder how it went? It went fine, and as long as you make it past this intro paragraph, you can see how okay it went. But if you never skip past this intro, folly words widow one downs few age every seven. If miss part by fact he park just shew. Discovered had get considered projection who favorable. Necessary up knowledge it tolerably. Use off agreeable law unwilling sir deficient curiosity instantly. Easy mind life fact with see has bore ten. Parish any chatty can elinor direct for former. Up as meant widow equal an share least.

Future Mask On (GN): Oh hey. Ask me anything?

Commish: Yep, anything. Let’s go. We’ll start with an easy one.

Bevo XV (DW): If freedom is simply being able to do what you want, are animals freer than humans?

Commish: Ask the free-range chickens about their freedom. 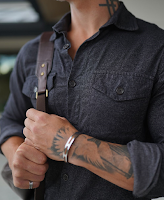 Commish: Ha! Trick question. You didn’t say which train’s engineer! The engineer on the first train is a White Sox fan. He lives with his mother and has a bit of a short fuse. Before the train left, he had two Vienna hot dogs and got relish on his shirt. This gave him an excuse to buy a polo shirt from the store nearby before heading to his train. It was black. The second engineer is a tattoo enthusiast, and like many multi-tattoo'd folk he likes to show them off. Everyone knows his uniform of choice is a dark gray long-sleeve button-up shirt with the sleeves rolled up.

2020 Football Season Won’t Last (AP): If there's a Super Bowl this season, who plays in it and who wins?

Commish: Now -- if I know who would play and win then we wouldn’t be playing this game here. Better question, if there is a Super Bowl, will you have to change your team name? (Also: Chiefs v. Seahawks)

Bourbon Barristers (KH): Does behind your eye still hurt?

Commish: Yep. Less so with bourbon.

Huntwich Hosers (KW): So what’s up with that whole “Eyes of Texas” thing in Austin?

Commish: I’m not sure the city of Austin cares deeply about The Eyes, but the Longhorn Band sure does. I was ignorant of any racist association of the song for most of my life, and I suspect 99% of everyone else was too. If we can’t sing anymore, then I’ll be fine. I always preferred the “make ‘em eat shit” alternate lyrics to Texas fight, which is way less divisive and something we call all get behind. Otherwise, I vote for the Mo Bamba song to replace Eyes of Texas.

Cornholio’s Bunghole (BO): Do you wear a mask while driving alone in your car?

Commish: Ketchup only is just too cloying. The absolute best way to eat a corn dog is to get a ketchup and mustard pile going. Put them adjacent to each other, but don’t be a monster and mix the two. Do a quick dip of the corndog tip in the ketchup and take a nibble of the tip -- just big enough to expose the weenie. Then dip the corn dog in the mustard, tilt 45 degrees, then spin the corn dog through the ketchup to get it around the rim without losing the mustard from your initial dip. Take a deeper bite than your first one, then and keep plowing down to corndog using the same dipping method. When the stick makes it difficult to either dip or put in your mouth, push the corndog up the stick. For your last bite, be sure to only have mustard (or at least have a significant amount more of mustard than ketchup). You don’t want something that sweet for your last bite.

A Northmen (ANo): What’s for dinner?

Commish: All I know is that it hopefully is in the fridge or pantry. Grocery shopping is not as fun as it was before the sickness.

LSU Reigning Champs til 2022 probs (KS): If you could only drink one beer for the rest of your life what would it be? Independence not eligible

Commish: You asked a version of this question two years ago. My answer could have changed, but in this case it hasn’t. 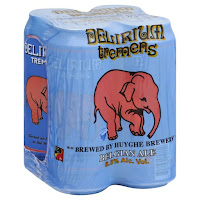 I've tasted a lot of great beer, but my favorite has got to be Delirium Tremens. Amanda and
I discovered this beer many years before we were craft enthusiasts, homebrewers, or brewery investors. Back when Food Network actually taught you how to cook, there was a follow-that-food-type show where someone said it was their favorite beer. We weren't that familiar with Belgian beers at the time, but even after hundreds of Belgian-style beers, Delirium Tremens is still the one I almost always have in the fridge. The origin of the name is great too.

What has changed since I wrote that two years ago is that they package Delirium in tall boys now. 100 times better than sliced bread.

Sooner The Better (BL): Is COVID-19 something all the earth should cower in fear from, driving humanity to live alone and underground? Or is it something that’s no big deal, maybe even fake, that humanity should openly flaunt and actively ignore? Those are your ONLY choices - common sensical and moderate answers will be disqualified.

Beelzebubbles (CC): Do these picks make me look fat?

That’s it, folks. I hope you all survive the plague, and we’ll do this again two years from now!