NFL Playoff Week 3 - Conference Championships 1/2 9/23 End of Week Update 1/29/23 Initial Scoreboard Scenarios: 49ers/Bengals AP  49ers/Chiefs AP Eagles/Bengals CG (and RH, CC, GF close) Eagles/Chiefs RK (and KW close) NFL Playoff Week 2 - Divisional Playoffs 1/22/23 End of Week Update: Our leader failed to pick, and AP, RH, and CG took advantage. In BK We Trust (RH) is our new leader. 1/21/23 Update: Despite not picking this week, Beelzebubbles (CC) still leads. The rest of the league continues to blow all their big bets. Will the Cowboys cover tomorrow and keep the streak alive?? NFL Playoff Week 1 - Wild Card Weekend 1/16/23 End of Week Update: Our first leader is Beelzebubbles (CC), who bet big on the Cowboys in the playoffs and it turned out differently than it has for a while. 1/15/23 Update: 1/14/23 Update: Contest Announcement: We did it, folks. We made it to P-F22's last contest. Now let's do this: Open the attached spreadsheet Choose your team name (you play with 200
Post a Comment
Read more 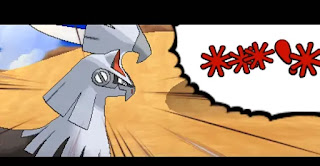 Parting shots have been around as long as endings, I think. But did you know that the internet says the origin story for parting shots wasn’t about parting? More on that later. Here’s what you said during our open mic: Astros! (AP) : Seeing USC go down was all I needed, but I'll take (4) points if you're feeling generous... +4 you got it  Cornholio’s Bunghole (BO) : "You and I will meet again, When we’re least expecting it, One day in some far-off place, I will recognize your face, I won’t say goodbye my friend, For you and I will meet again.” – Tom Petty  They should get matching tattoos too. +3  Beelzebubbles (CC) : If i sat outside the pick-em offices with a red kettle and a bell- could i get more points that way? I have venmo and cashapp now if that helps?  I cannot be bought (is something I have to type in a space like this) +3  18 National Championships (CG) : Show me the entry fee, aka show me the money G!!!  For the record, you sent this before you picked your
Post a Comment
Read more

P-F22: What is your biggest disappointment of so far? 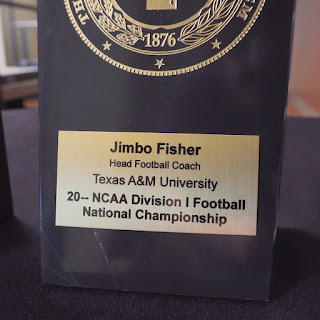 By simply being a part of this league, you've distinguished yourself as a critical thinker and someone of exquisite taste. Given your high standards, you are bound to be disappointed now and then. Sometimes, the disappointments are personal. "My picks." - Cornholio's Bunghole (BO)  +4 Sometimes it is with the teams we support. "Seeing UT ebb and flow" - accidentchild  (MN) +3 "Losing" - A Northmen (AN) +3 "(ew)ers" - Sixteen & One +3 Sometimes, it's that plus not having enough to watch in a living room full of TVs. "It's 2022 and I still can't stream LHN with a dedicated subscription." - Left Hand Scissors (GN)  +3 Guess that dream will never be fulfilled. Speaking of dreams, at least I didn't hand any of you a blank Pick'em Dash Football Championship plaque. "Texas A&M by far!" - Astros! (AP)  +3 "My Aggies.  '#1 Recruiting Class' to '#1 WTFs?'" - Huntwick Hosers (
Post a Comment
Read more 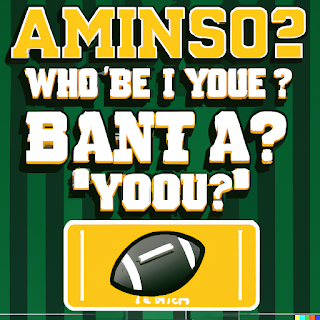 Welcome to the fourth biennial Pick’em Dash Football Ask Me Anything. You asked me anything, and now I’m answering. I even asked some online AI text generator to write the first second paragraph.  AI Text Generator : Do me a solid bro, and don’t look at your Pick’em scores too much. It’s not good  for the ego. You know what, don’t look at the scores at all. Throw your comments into the bonus questions internet and hope that one of us read it and make a connection. If you want something to do, google the others. Strike out and do what you gotta do. Strike out. Or maybe do a podcast. Maybe I’ll do a podcast. I will probably be doing commentary about how I have been taking most of you guys to the cleaners as it is on the ice, so why not call my bluff on the microphone? Tune in on Monday morning. But frankly you do not want to miss me on Twitter during the weekends, if you don’t miss my commentary on the ice. However, do not tweet at me during the weekends or I will not read it. I’m busy.
Post a Comment
Read more

P-F22: Week 3 NCAA Bonus - Should the SEC just have a lower division and we all just play to get promoted/not relegated?

When will the SEC become the only college football brand? Do conferences (more or less) make football (more or less) better? In our current connected world with steaming television, social media, and pick’em leagues communicating over emails and blogs, I’d say conferences aren’t that important. When you combine the memories of the SWC and the Big 8, you saw we got a new conference that meant less to those members and nothing to almost anywhere else. And sometimes your parents make you play with the weird kid too, and he grows up with the confidence to murder, rape, and shiplap his people. What now? Texas and Oklahoma made the same decision a dozen schools did before them, but I’d argue neither of those schools cares much about the destination, as long as it isn’t another conference graveyard.  Whether you’ve convinced yourself yet or not, continuing the traditional conference model works against the natural order of solidarity and sporting merit. How about instead of political and regi
Post a Comment
Read more 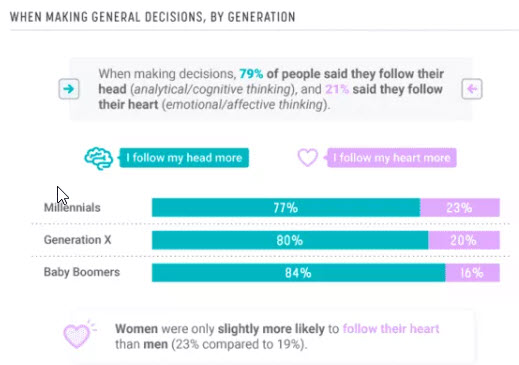 The last thing we all want is some confusing and rambling monologue to convince you to sign up for a pick’em game. I feel you, and I did some research before writing this year’s recruitment email. This will be your definitive guide to Pick’em Dash Football ‘22.  The internet is filled with advice on how to do stuff. Naturally while preparing for the start of this season, I turned to Google: “what is the best way to convince a large crowd to play your made-up game.” After combing through the 46M+ hits, most were results for icebreakers. But isn’t the best part about an online game is that we don’t *really* have to hang out. For some of you, the promise of fun all by yourself (and this powerful registration link ) is all the icebreaker you need. Stay frosty, you guys.   (Can we still say “you guys” in 2022? Is there a better gender-less term? I’m open to ideas, but I think we can all agree “you guys” feels too good to be wrong.)  "'Tis better to have picked and lost than never t
Post a Comment
Read more
More posts